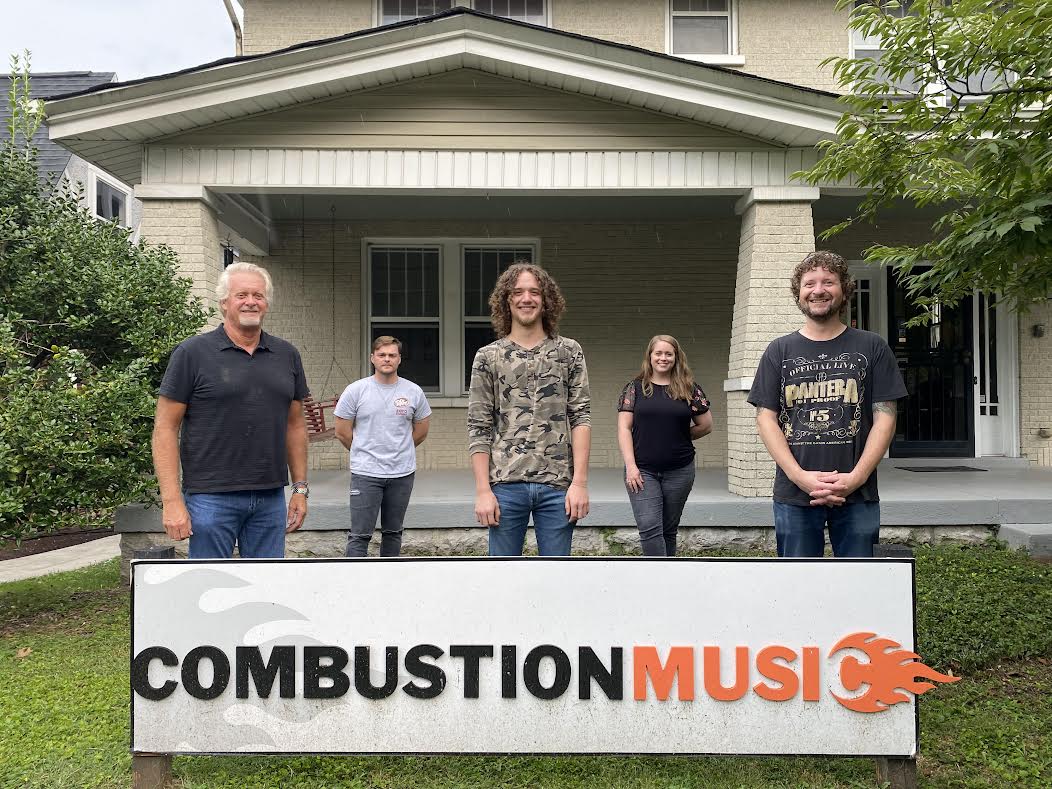 The songwriter, producer and mixer charted a Top 15 Dance single with Caroline Romano’s “I Still Remember,” featuring R2HAB, which he co-wrote and produced. Bergeson also has upcoming cuts with John Oates, Brad Rempel of High Valley, Filmore, and more.

He has arranged and remixed for Blake Shelton, Jameson Rodgers, Chase Rice and others, and his music has been featured in the movie Blush and the TV show Younger.

“Sam is freakishly talented and winning at whatever opportunities present themselves,” says Combustion Music President Chris Farren. “I am proud to continue being his partner and can’t wait to see what the future brings.”

Combustion Creative Director Blake Duncan comments, “Sam Bergeson is one of the best! As a writer, producer, and person there is no ceiling for him, and the town is just now getting a taste! I’m excited for everyone to see him, and the things that are coming up for him!”

“I’m at home and very happy to be with Combustion,” adds Bergeson. 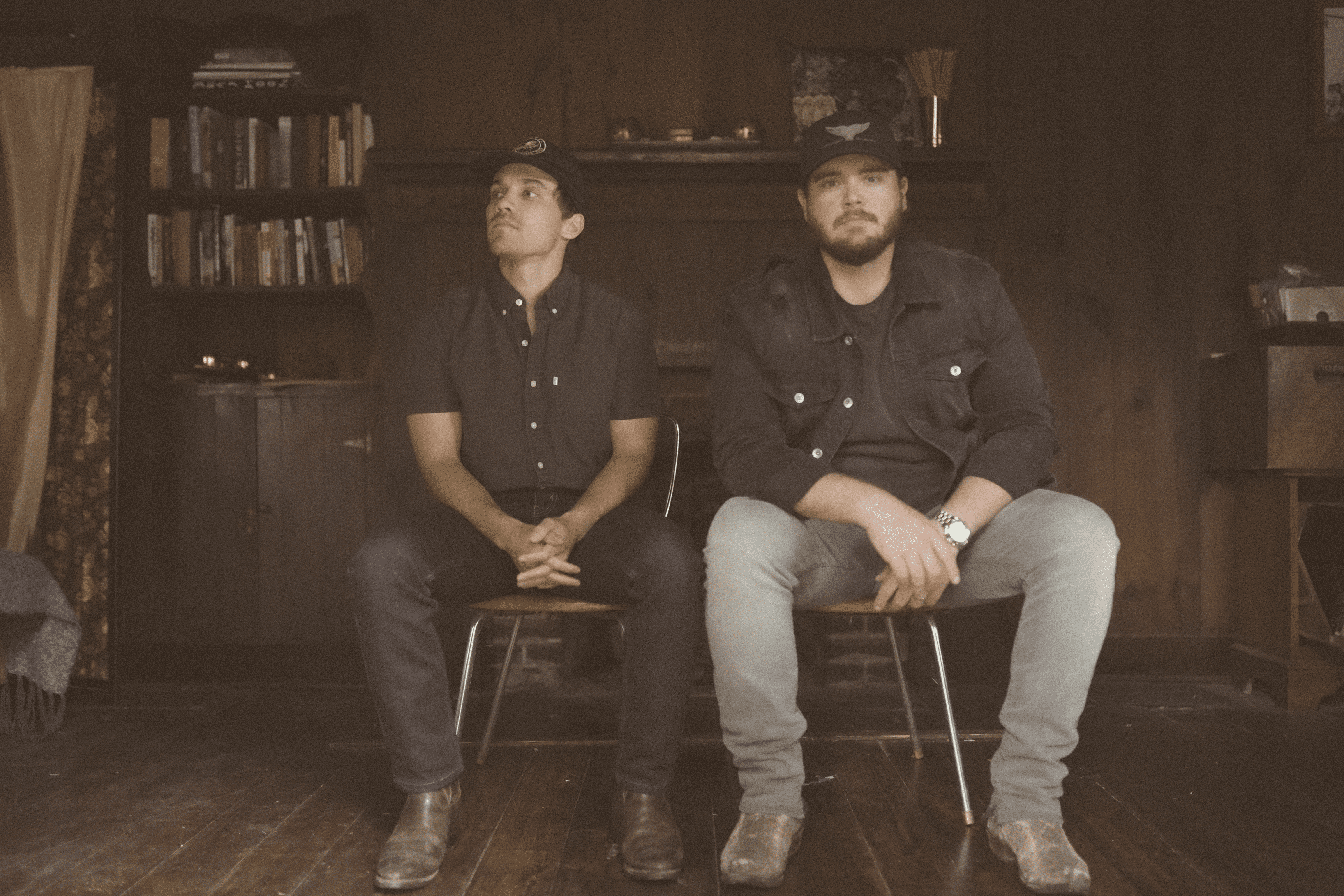 Country duo Muscadine Bloodline are back on the scene with news of their upcoming album, Dispatch to 16th Ave., out on Feb. 4.

Comprised of Charlie Muncaster and Gary Stanton, the two grew up in Mobile, Alabama, beginning their friendship in 2012. The pair officially became Muscadine Bloodline in 2015 and have since had two charting EPs, sold out shows across the country, and made their Grand Ole Opry debut in September of 2018.

Dispatch to 16th Ave. aims to serve as an ode to the many artists that came before Muscadine Bloodline, while also focusing more on country music and less on following commercial trends.

As a preview for the forthcoming independent project, the pair have released the record’s title track today (Oct. 8). Reminiscent of George Strait’s 2003 hit “Murder On Music Row,” the song highlights some of the hardships of an artist forging their way through Nashville’s music industry.

“We’ve been in Nashville for 7 years and just kept thinking about our story, and how so many artists come and go in Nashville chasing that dream that you just sometimes can’t catch,” Muscadine Bloodline shares with MusicRow.

“We’ve been searching for who we are as artists for a long time and now we finally feel like we’ve found what we want to say and what we want to sound like,” the guys admit. “This is just another chapter that’s being written and we just happen to feel incredibly strong about this one.

“Struggling through anything in life shapes you creatively. Hardships build character and they definitely give you more to write about.” They sum, “We hope this song inspires all young artists to dare to be different.”

Also on tap, the pair will be hosting the final outdoor Whiskey Jam show of the year on Monday, Oct. 11. Bringing their set to the Losers Bar & Grill parking lot in Nashville, they will be joined by Drake White, Ray Fulcher, Hannah Dasher, Adam Hood, Jason Nix and DJ JD.

“We really took our time planning for this Whiskey Jam,” the duo explains. “We wanted to include our friends but definitely wanted it to be artists that can relate to our story and have shared experiences in the industry.” 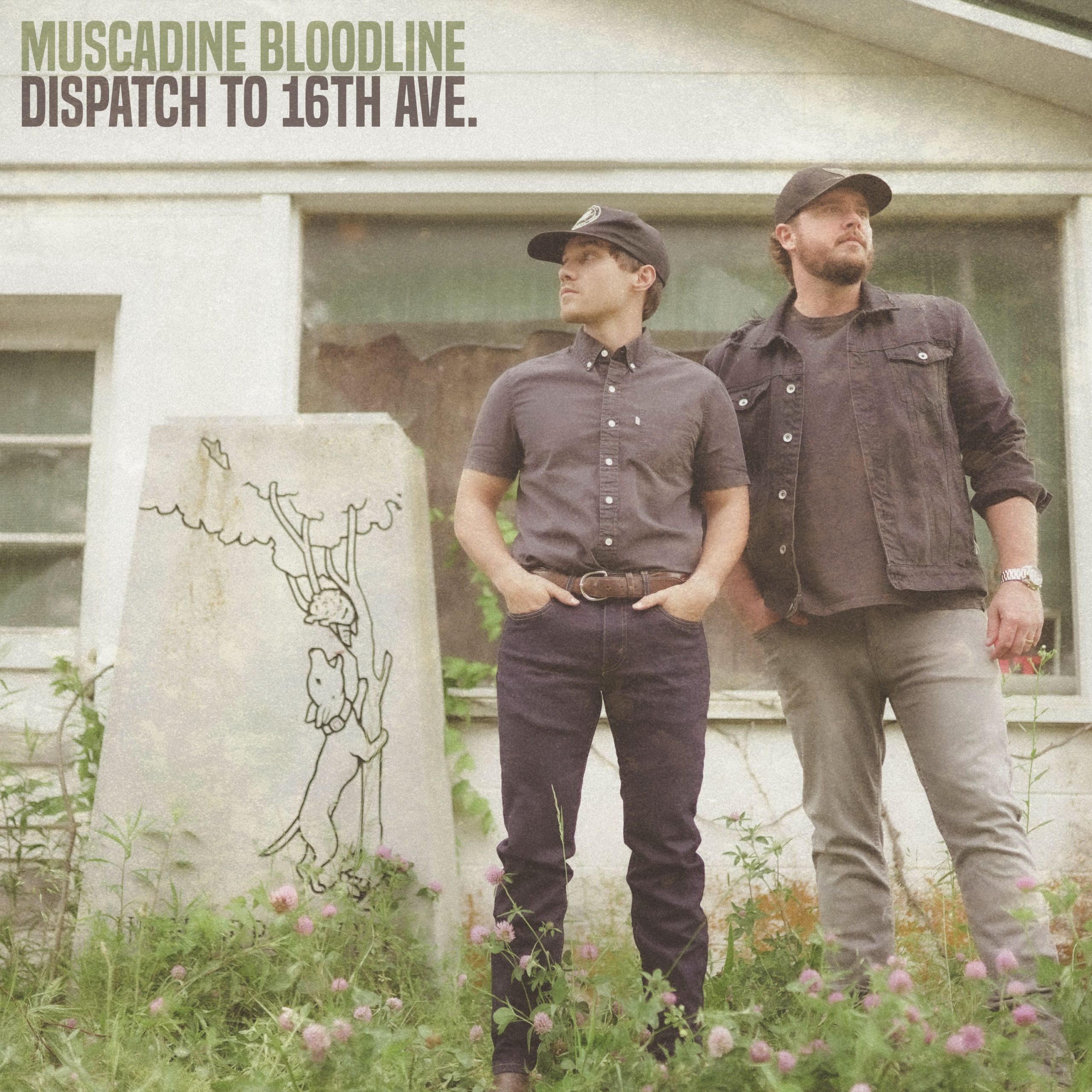 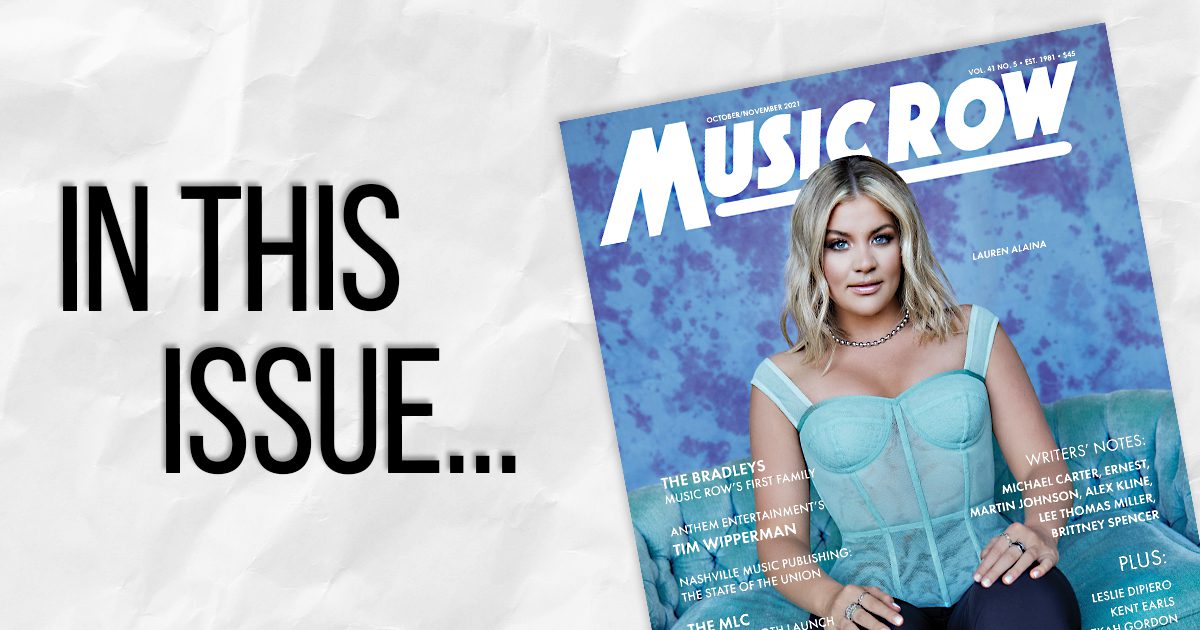 In the 2021 Publisher Issue, MusicRow does a deep dive into the First Family of Music Row—The Bradleys—chronicling their impact on the Nashville music business and beyond. Members of the Bradley family discuss their history in Nashville and the legacy that their family has created. Featuring conversation with Clay, Jerry, and Patsy Bradley, this issue highlights some of the family’s greatest achievements and showcases treasured photos from over the years.

This issue also includes a conversation between UMPG’s Troy Tomlinson, Warner Chappell’s Ben Vaughn, Sony Music Publishing’s Rusty Gaston, Creative Nation’s Beth Laird, and Big Machine Music’s Mike Molinar as the group of publishing giants give an update on the state of Nashville publishing in 2021 and the ever-growing importance of songwriting in the world today. “I delusionally believe that music has the absolute power to change the world for a better place. That’s what attracts us to songwriters,” Gaston shares. “[We look for someone] who has that natural heart for translating a real human emotion, something that we all connect with–whether that emotion is about love or loss or about that feeling of needing to clock out on Friday and relax with a beer.”

Also on tap, Tree Vibez Music’s Leslie DiPiero and Verse 2 Music’s Kent Earls explain the process behind artist-led publishing ventures. Focusing on the work of Florida Georgia Line and Kane Brown, this issue captures their separate journeys within the publishing realm so far as they continue building their own empires, as well as what they look for in writers when adding to their rosters.

Elsewhere, the Publisher Issue offers conversations with Anthem Entertainment’s Tim Wipperman as he reflects on 35 years in the music business, while also looking forward to future success at Anthem Entertainment as he helms the ship. Additionally, Black River Publishing’s Rebekah Gordon takes us inside the world of indie publishing as she discusses their solid roster of a dozen songwriters and her journey to becoming VP of Publishing.

MusicRow also catches up with CEO of The MLC, Kris Ahrend, to talk about the organization’s launch and first year of operation in Nashville.

Single copies of MusicRow’s 2021 Publisher Issue are available for purchase at musicrow.com for $45, and are included with yearly MusicRow memberships.