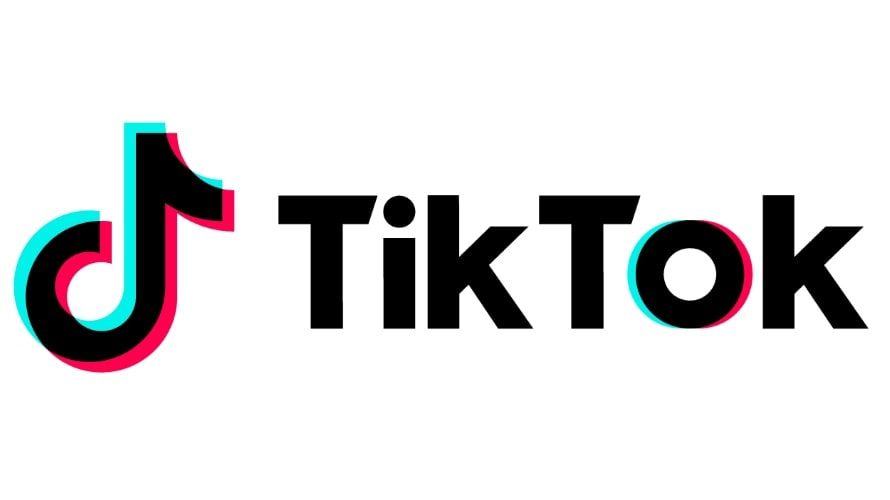 Short-form video app TikTok has inked an agreement with Sony Music Entertainment to make songs from Sony’s roster of global superstars and emerging artists available across the TikTok app. TikTok made the announcement Monday morning (Nov. 2) via the company’s official blog.

The TikTok creator community will have access to sound clips from Sony Music’s catalog of current hits, new releases, classics, and deep cuts from every genre of music, while the two companies will work together to support greater levels of TikTok user personalization and creativity on the platform. The deal will also allow Sony and its artists to use TikTok to bring greater awareness to their music and artists, with TikTok partnering with Sony to promote artists on the platform.

Said Dennis Kooker, President, Global Digital Business and U.S. Sales, Sony Music Entertainment, “Short form video clips have developed into an exciting new part of the music ecosystem that contribute to the overall growth of music and the way fans experience it. TikTok is a leader in this space and we are pleased to be partnering with them to drive music discovery, expand opportunities for creativity and support artist careers.”

Said Ole Obermann, Global Head of Music for TikTok, “We are thrilled to enter in to this agreement with Sony Music so that we can continue to work together to connect the incredible roster of Sony artists in the U.S. and across the globe to new audiences and harness the power of TikTok. Especially during this time when the artist community is challenged to find new ways to reach fans with their music, we are committed to working together to do just that.” 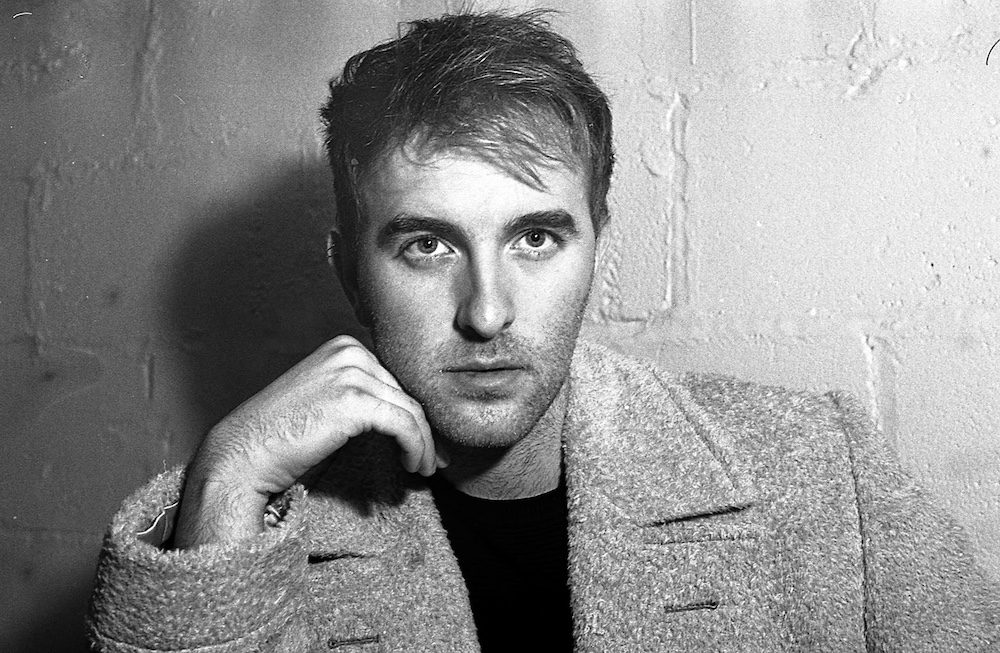 Born in Zurich, Switzerland and raised in Paris, Herr taught himself piano and guitar and sang lead vocals in the contemporary worship band of the American Church in Paris, which inspired him to start writing songs. Wanting to secure a more “reliable” future, Daniel earned his BA in Philosophy and French literature from Oxford University before working for an international law firm, only to realize that neither a life of academia or legal practice would make him happy. Turning his full focus to music, he moved to Nashville in late 2018 to strengthen his songwriting craft.

“Daniel’s American lyric sensibilities blended with his French melodic twist truly makes him stand out,” said Tim Wipperman, President of Anthem Music Publishing Nashville. “He is an artist that is wonderfully unique in the best way, and we’re very excited to have him join the team.”

“Daniel is an amazing singer, but his songwriting is exceptional,” said Ree Guyer, President and Owner of Wrensong Entertainment. “We’re so excited to be working with Daniel and venturing together into the pop world.”

Old Gringo Music’s Chris Hunter, who discovered Daniel and brought him to Anthem/Wrensong, added, “Daniel is one of those rare and special combinations. He is a talented writer and vocalist, a hard worker and a really good person. I’m excited to be able to be a part of this journey with Ree and her team and the great folks at Anthem. We are going to be hearing a lot of great music from Daniel!” 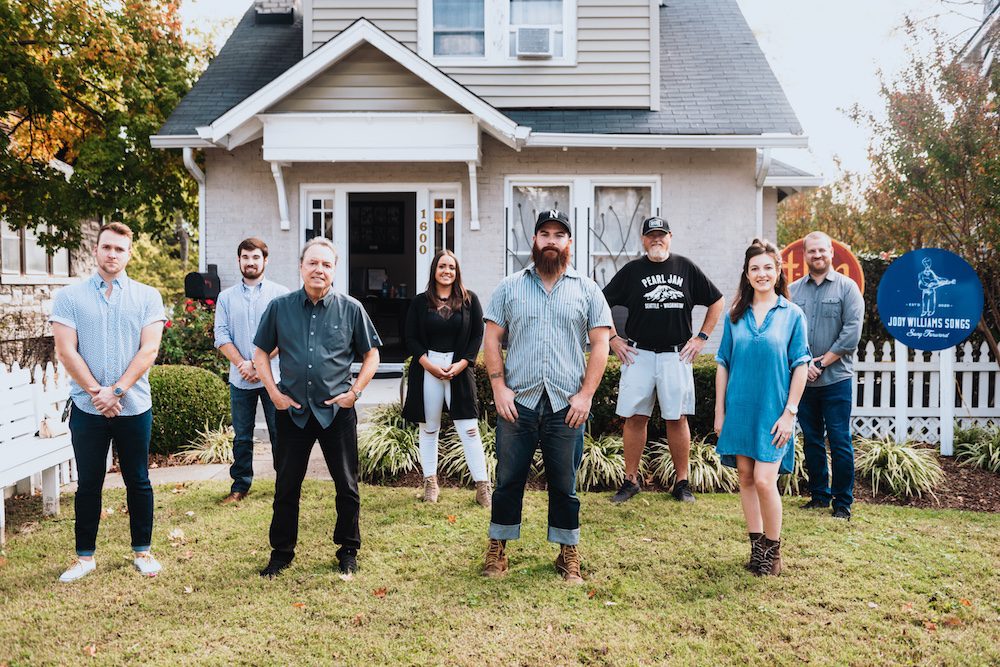 Nix’s debut EP Money On You was released earlier this month and landed in the Top 20 on the iTunes Country Charts.

“I’m a big fan of Jason’s songwriting, performing and connectivity to his fans,” said Jody Williams, who launched his publishing company this year in partnership with Warner Chappell Music Nashville. “We could not be prouder to be his publishing home and work closely with Jarrod Holley and Chris Kappy at Make Wake in this important season of his career.”

“Jody was a huge reason that Jason was able to get off the road a few years ago and focus on songwriting,” says Nix’s manager Holley. “As soon as we found out he was launching Jody Williams Songs, we knew that we wanted Jason to be a part of their incredible roster.”

“Jody brings an unparalleled reputation and is one of my favorite people in this town,” adds Kappy. “We couldn’t be more thrilled to bring him and his team on board to team Nix.”

“Jody has been a champion for me ever since I met him at BMI years ago,” Nix shares. “I am excited to formally work with him, Nina and their talented JWS family.” 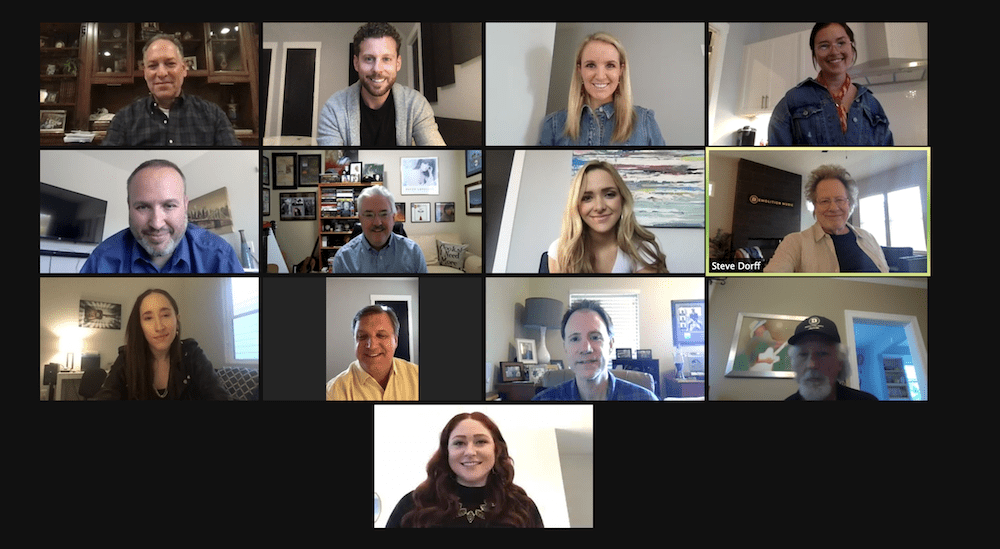 Previously based in Los Angeles, Dorff was inducted into the Songwriters Hall of Fame in 2018 and has earned more than 40 BMI honors during his career.

“I’ve been coming to work in Nashville for the better part of 25 years and feel this is a great new beginning. Having been here for over a year, I realize how important it is to have a team who loves and appreciates songs,” says Dorff.

A three-time Grammy-nominee, Dorff has had more than 400 songs recorded by artists including Barbra Streisand (“Higher Ground,” “It Must Be You”), Whitney Houston (“Take Good Care of My Heart” ft. Jermaine Jackson), George Strait (“I Cross My Heart,” “The Man In Love With You”), Garth Brooks (“Baby, Let’s Lay Down and Dance”), Ronnie Milsap (“Cowboys and Clowns”), Celine Dion (“Miracle”), Kenny Rogers (“Through The Years”), and more. He has had 14 No. 1 hits, and an American Music Award win.

“In addition to my catalog, I’m especially excited about bringing Latigo Shore Music into the deal, which showcases some of Andrew Dorff’s early works. Some of the songs written in this catalog were written with some of Nashville’s greatest songwriters including Josh Osborne, Rodney Clawson, and Eric Church. A lot of these songs, in addition to songs by Jeston Cade, are ‘hits waiting to happen’ and I’m thrilled that they will get a new lease on life,” says Dorff.

“I’ve had a great relationship with Steve for years and adding him to our Demolition team takes me back to when the Yankees added Reggie Jackson to their lineup. He’s a hall of fame songwriter who has proven time and time again that no matter the genre, he plays to win,” says Jon D’Agostino, President of Demolition Music.

“Jon and I have been good friends, and I think the Demolition team is a great place to call home,” says Dorff. “I’m looking forward to working with the creative team at Demolition, and am currently working on a lot of exciting projects including records, films, and other productions,” says Dorff.