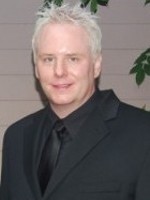 It’s no secret that a lot of major artists change producers frequently in constant search of a new sound, new markets and/or better sales. There are a few producers who fall into a unique category where they and an artist have managed to transcend for years and seem to be inseparable. I’m talkin’ about guys like Tony Brown and George Strait, Kyle Lehning and Randy Travis and my featured producer this month on The Producer’s Chair, Jimmy Ritchey and his 10-yr long-time friend and artist/client, the legendary Mark Chesnutt (who by the way is currently looking for songs for his fourth album with Jimmy). “I think Mark is going to go down in history as one of the best country singers of our time,” says Ritchey.

Ritchey explains, “Frank Liddell and Paul Worley helped me get my start as a record producer. I’d cut some demos on Tommy Shane Steiner, but the label said, ‘we want to sign your act but we don’t want you to produce.’  They didn’t want to hand over a big ol’ record budget to some kid that just came off the road as a sideman and say ‘even though these demos sound great, lets give him the money and turn him loose.’ And thank God, because I understand why now.

So I suggested a co-production and with Frank Liddell, who I believe was producing Lee Ann at the time and Paul Worley, who was busy with the Dixie Chicks. They were going to co-produce half of the album each with me. Frank did produce some sides with me on the album, but Paul said ‘you signed him on the demos he did?’ and Frank told the label he didn’t need to be there. They told Renee Bell ‘he knows what he’s doing.’ They went to bat for me and that’s how I produced my first record. It was awesome. Derek Bason, Mark Bright’s #1 engineer today, was new on the scene back then and he engineered the record.”

Ritchey wore a few hats on that album including acoustic guitar, electric guitar, mandolin, dobro, nylon string guitar, banjo, harmonica and vocals. I guess he did know what he was doing. Then RCA gave me Clay Walker. Frank and Paul are two of my heroes in this town.

He was telling me that, at a very early age, he started on mandolin, because it was small enough to hold but today, he can pretty much play anything with strings. He comes from several generations of musicians on both sides of his family. Both of Jimmy’s grandmothers passed away before he was 7 or 8, but he still recalls sitting beside them at the piano and many nights spent watching Hee Haw and Pop Goes the Country and Buck Owens with them. Then he proudly pulled out his cell phone and showed me an old sepia-tone promo shot from about 1926 of his great-great-grandparent’s band. “Check this out…this is my great-great grandpa and grandma. That’s my grandma playing the accordion and her parents are the two on each side of her. That’s my grandma’s dad and my grandma’s mom. That was big for me. That probably had more to do with me being in the music business than anything.'”

Ritchey says he never got in the music business to make a bunch of money. “Growing up as a kid, every musician I knew was a bum. The definition of a successful musician was a guy with a wife who had a good job.”
Has the evolving singles market forced you to re-structure your deals, to make up for the lack of royalties from album sales?
The music industry today is like the most complex chess game you’ve ever played and there are some really good players in this town. No, the deals are still the same. Yes, it’s true we don’t sell as many hard copy records anymore but music is more readily available than ever before. Somebody sitting in a tent in New Guinea with a lap top hooked up to a generator can buy our music. We live in an environment that’s so viral right now and everything can be obtained so fast, I don’t think that people sit down and listen to records for the whole artistic purpose of it. You know, the record starts with this song and goes to this song and has climaxes and peaks and valleys and so on. Most people don’t have an hour to listen to the artistic musical experience the way we used to, when the only source you had was something on the radio for 3 minutes that you couldn’t rewind. If you give the public 10 songs on a record they want to buy, then you’re in the boat that you would have been in, if you would have sold a hard copy CD. Maybe that’s the problem.

What part of producing do you enjoy the most?
It’s like…if you’re a baseball player growing up, you can put Hank Aaron, Randy Johnson, Roger Clemens and Babe Ruth on your team and watch them play. The best thing about being a producer is putting all my heroes in a room, the best musicians in the world. A lot of the guys who I bring in taught me how to play. I’m a workaholic probably, because I love so much, what I get to do. It doesn’t get any better. I’d pay to do it. I’m a team player. I do whatever I need to do to make everybody happy, to get the project done right. I’m not one to butt heads with the record label because you’re just going to get fired. You do your job and you do it the best you can.

What are you working on right now, besides Mark Chesnutt’s new album?
I’m working on a record on a new kid on Republic Nashville. His name is Greg Bates. I’m real excited about that. Greg’s going to do very, very well. And it looks like I’m going to be doing a Ray Price record (at 85 yrs old) this fall, which I’m pretty fired up about. It’s always been a dream of mine to do a record on him. I grew up listening to his music all my life. I’ve always wanted to do a record on one of my heroes, so I approached Bobby Roberts, Ray’s management. Ray was excited that somebody in Nashville still cared. He was excited but not as excited as I was. The first thing he said was, ‘That all sounds fine and dandy but we’ve gotta have the songs.’ At 85, Ray still wants to make sure that the stuff he cuts is the best stuff possible. GOD love him for that (also looking for songs).

How do you deal with artists who don’t have great writing chops, who think they do?
That’s another part of the chess game. How am I going to convince an artist, without shooting them down that we can find better songs? So how do you do it? Bringing in an undeniable hit song solves that problem.

What do you do when you need a break?
I go home. Because when I go home to my little town, it’s like never leaving. Nothings ever changed. I see the same guy sittin’ at the tavern at 4 o’clock, they’re still fallin’ timber like they used to, or driving log trucks, or working for the county line dept. And we can talk about all kinds of things that don’t pertain to music at all. Of course they want to get my 3 minute spiel on what’s going on and then I go on and get an hours information on what’s been happening since I’ve been gone. My life stops here. When I need a break, I go back to just bein’ a kid in Louis County.

Have you ever been married?
No… I’m married to that guitar right there…But it’s cost me some good relationships, I’m sure.
If you’d like to rap with Jimmy Ritchey, for an hour or so, don’t miss his return to The Producer’s Chair on Thursday, October 27, at Douglas Corner, at 6pm.